Spur of the moment trip or your second rodeo? no matter what, The Buckhorn Saloon Museum has the full Texas experience lined up for you.

One of The Biggest Attractions in Downtown San Antonio, Texas

Spur of the moment trip or your second rodeo? No matter what, The Buckhorn Saloon and Museum has the full Texas experience lined up for you.

Kick off your (cowboy and cowgirl) boots and stay awhile! With the full Texas experience under one roof, you and your family can easily spend the whole day here.

From the exotic animal collection and The Texas Ranger Museum to the saloon, and cafe, to the gift shop and private event space - it’s no wonder that The Buckhorn Saloon and Museum has become one of the biggest attractions in downtown San Antonio. 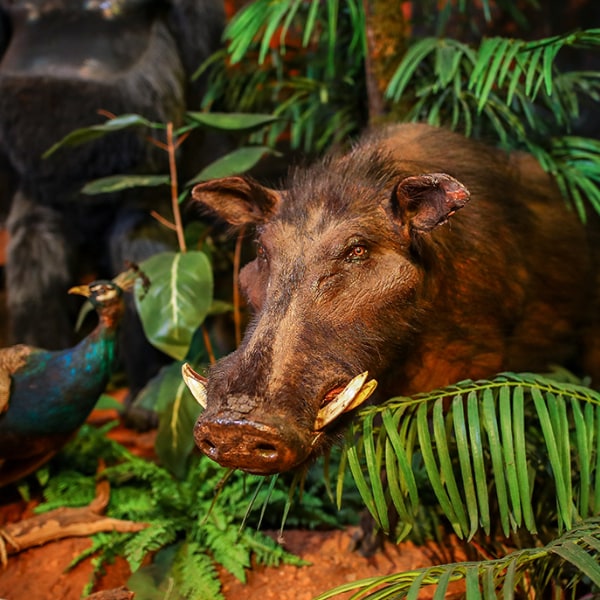 As part of the Texas Centennial in 1936, Memorial Hall opened adjacent to the Witte Museum to be a memorial to Pioneers, Old Trail Drives and Texas Rangers. In 1973, the Former Texas Rangers Association opened a Ranger exhibit at Memorial Hall. This historic collection remained there until 2006, when the Former Texas Rangers Association partnered with the Buckhorn Museum to open the Texas Ranger Museum. This world-class Texas Ranger exhibit offers the public the chance to see priceless historic artifacts that span more than a century of Ranger history. Notable Texas Rangers exhibited in the collection include, Ray Martinez, Joaquin Jackson, John B. Armstrong and Frank Hamer.

The Texas Ranger Museum is also available for private events. This 7,000 square foot facility can accommodate groups of 20 to 140. Click here for more information. 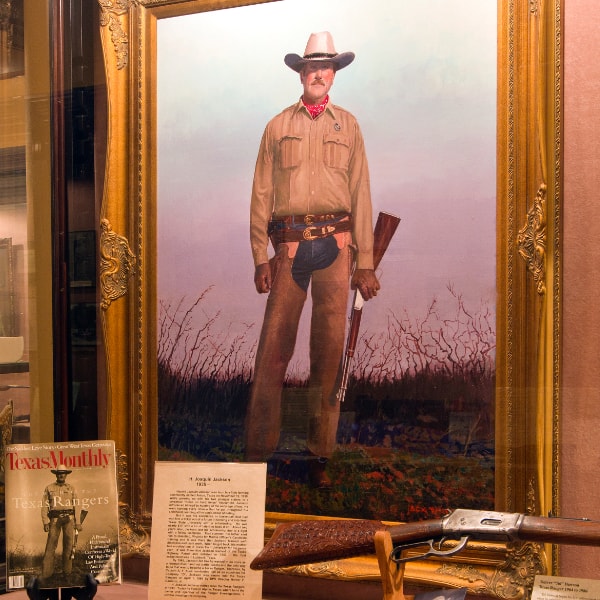 How It All Started

One of The Biggest Attractions in Downtown San Antonio, Texas

At the age of 17, Albert Friedrich, decided to open his own saloon. At the time he was a bartender and bellhop at San Antonio’s Southern Hotel on Main plaza - across the street. 130 years later, his decision resulted in one of the notable museums in San Antonio Riverwalk.

During the first year of Prohibition, the Buckhorn made its first move to the corner of Houston and South Flores Streets. While many saloons weren’t able to serve alcohol, Friedrich shifted efforts to sell non-alcoholic drinks, lunches and created a variety store. The Buckhorn thrived and saw locals and tourists alike flood into the Saloon and Hall of Horns - a collection Friedrich

inadvertently started when he accepted horns and antlers in the form of payment for alcohol when the saloon first opened to cater to his customers.

The ingenuity didn’t stop there - his wife Emilie accepted jars of rattlesnake rattles in exchange for drinks. Emilie used these to create art that are still on display for visitors today.

The Buckhorn went on to be preserved as one of San Antonio’s most popular tourist attractions as the Lone Star Brewery of San Antonio purchased the Buckhorn in 1956 and built a facility to house the original bar and collection that now functions as their hospitality and sampling room.

The recognition from the community didn’t stop there - in 1996 Stroh’s Brewing Company decided to divest itself to the historical collection. Mary Friedrich Rogers committed to further preserving an integral piece of San Antonio history and decided to buy the collection before moving to its new central downtown location where it enjoys 40,000 square feet of exhibit space and 8,000 square feet of convention and private event space.

The museum continued to grow again with an additional museum when The Texas Ranger Museum was added. Visitors can learn more about hundreds of authentic Texas Ranger artifacts including automatic handguns, shotguns, badges and more.

Take a madcap Journey with Dr. Phineas Phiasco through a menagerie of mysterious and mind boggling phenomena! Explore the topsy-turvy town of Turmoil Texas that is bursting with optical illusions that defy the laws of gravity and challenge modern science, as we know it. A hands-on, interactive array of perplexing and curious spectacles that will challenge your senses and introduce you to a world of amazement! You simply won't believe your eyes!

Delve into the depths of the mystery mine and watch water flow uphill! Baffle your senses as you change size before your very own eyes! See an elephant the size of a tiny peanut! Witness fish swim without water—in mid-air! This humorous, fun spirited adventure will entertain you and your family and rattle reality, as you know it! 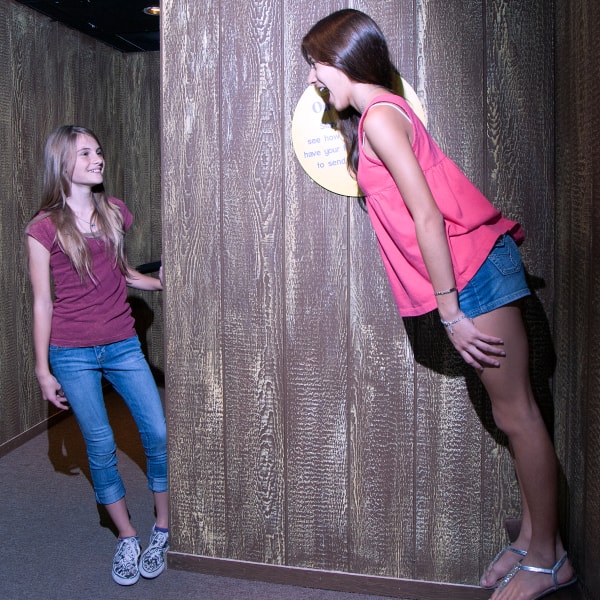 Step right up - hurry, hurry...Come and experience the ultimate in turn of the century sideshow excitement!

Through astonishing video technology you will experience an amazing visual extravaganza of the American Sideshow. Gaze at kooky kaleidoscope of concoctions and mysterious mayhem of worldly oddities.

From PT Barnum's smallest man on Earth, to the feats of dare devils and freaks, the American Sideshow exhibition guarantees to entice, shock, and amaze children and adults of all ages! Meet the charismatic Buffalo Bill and the ultimate showman PT Barnum, as they share their enchanting stories that unravel the mysteries of sideshow pageantry and captivate your mind. 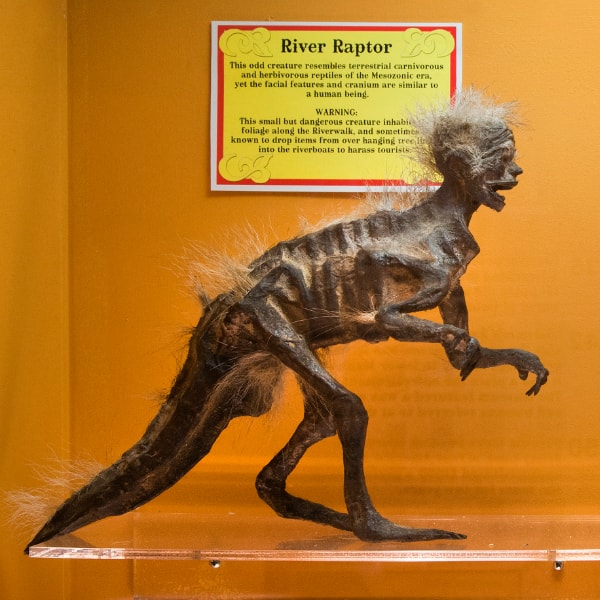 The Museums, Saloon and Gift Shop  open at 10:00am everyday. 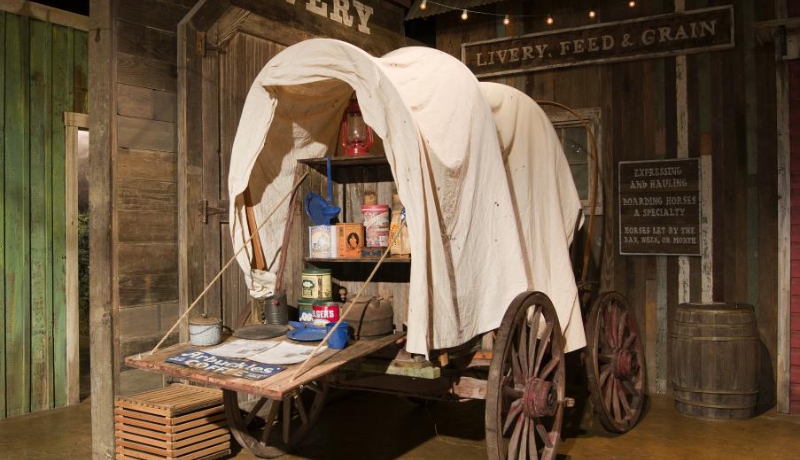